by lah
Super slow day for me and most I talked to.
The Wapitis (all 20) were apparently back at the Hayden home, but they were in hiding the several times I went by.
A coyote at Trout Creek. It was pretty far out but put on a nice show, sneaking up to the creek and then trying to jump a goose in the water. The goose got away. The coyote later caught some bite-sized critter. It's the first coyote I've seen in the park this year, so I was happy.
The only other thing I saw was a doe near Hellroaring and another at the pullout just east of the hitching post. People were looking for a grizzly mom with two cubs there, but I didn't hear of anyone who had seen them today. 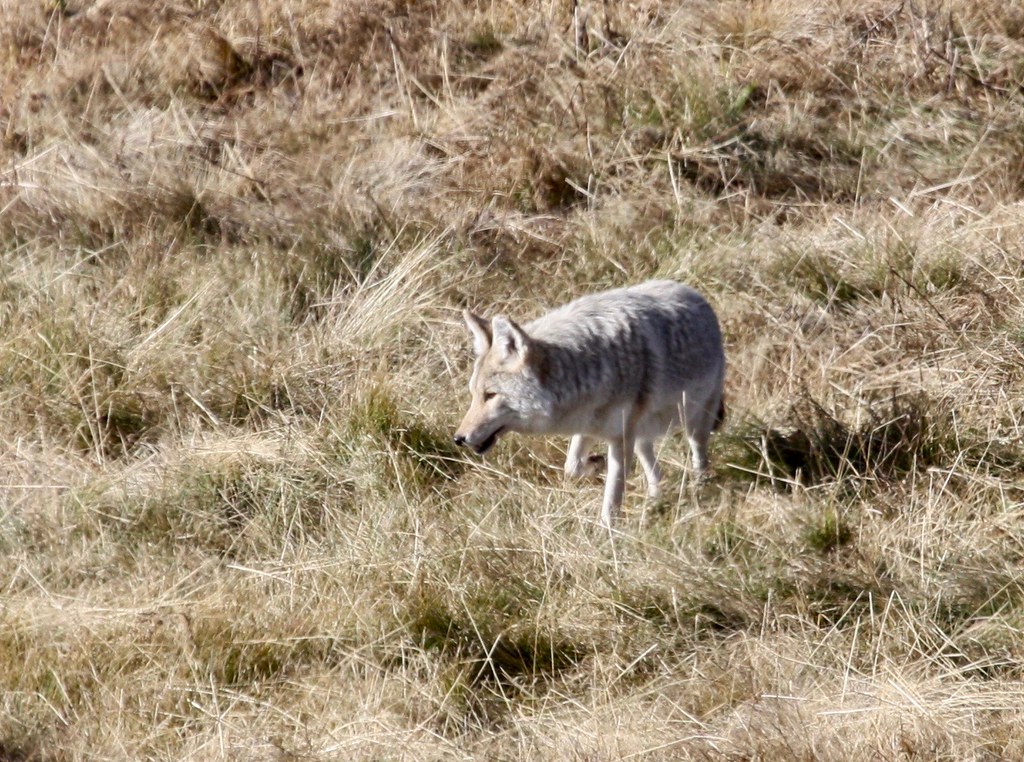 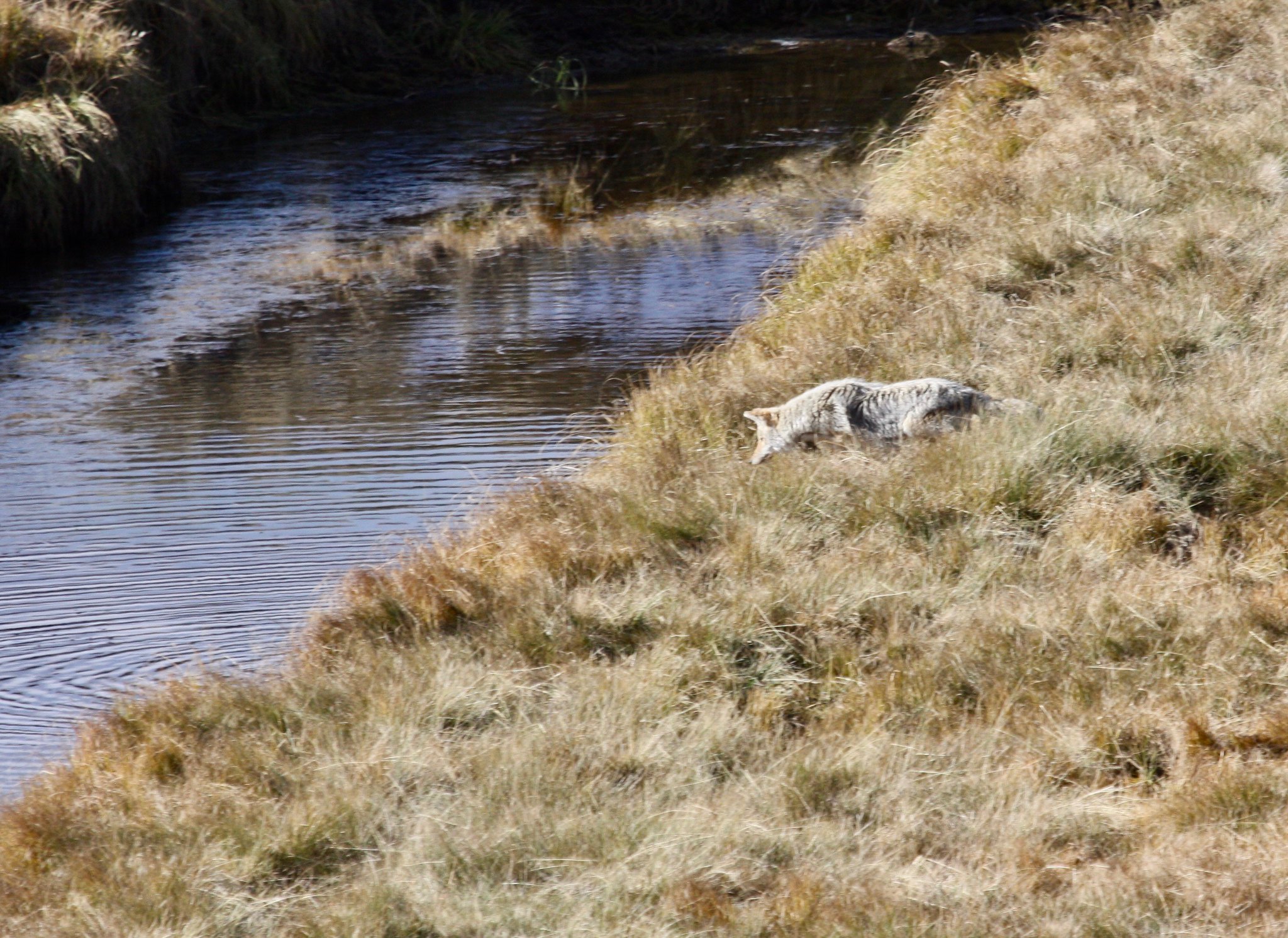 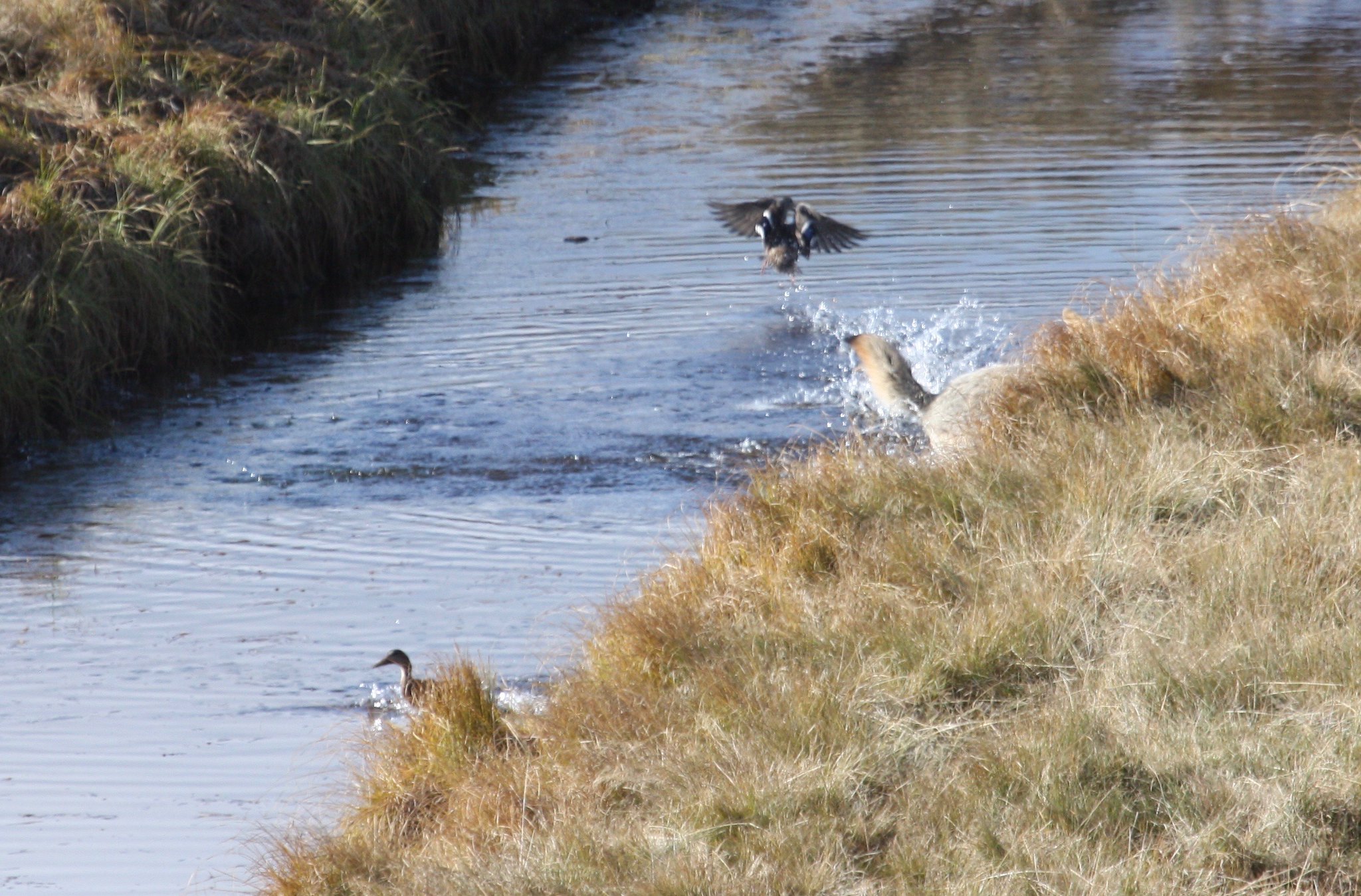