1970s — Attention slowly begins turning from viewing Yellowstone as a recreational playground to viewing Yellowstone as an ecological treasure which needed to be preserved and protected for future generations.  The awareness of the fragile nature of the Park’s resources and a growing awareness of the connectedness of the greater Yellowstone ecosystem began in the previous two decades, but the 1970s witness the implementation of more steps to restore ecological balance in the Park and protect the Park from the ill effects of human interaction, while at the same time not discouraging human visitation.

1974 — Fishing is prohibited from Fishing Bridge in order to protect the spawning of the native cutthroat trout.

1976 — Yellowstone is designated as a Biosphere Reserve, in recognition of its ecological value.

1978 — Yellowstone is designated as a World Heritage Site, in recognition of its ecological value.

1988 — The worst fire season in Yellowstone’s history takes place.  “The Fires of 1988″ burn some 1.4 million acres in the Yellowstone ecosystem between June and October.  25,000 firefighters and $120 million dollars are unable to stop the massive flames.  Early winter snows finally extinguish the flames.

1989 — As Yellowstone’s fire policies continued to come under immense criticism, the Park is already displaying signs of recovering from the fires as wildflowers arise in profusion from the blackened ground. 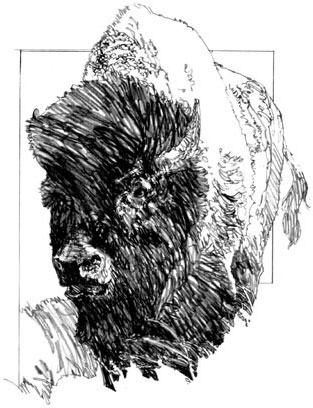 1990s — Controversy rages on many fronts as ecosystem concerns move to the forefront of the management of Yellowstone.  Controversy over the increasing winter use of Yellowstone grows ever louder.  The slaughter of bison who leave Park boundaries in the winter months leads to outrage among the American public.  The grizzly population continues to grow amidst pockets of controversy in surrounding states.  At the same time, the reintroduction of wolves into the Park, intended as a major step in restoring Yellowstone to a more natural state, is widely supported by the general American public, but bitterly denounced by area ranchers.  Pollution levels from snowmobile emissions in Yellowstone at peak winter times are measured as being greater than the pollution levels in Los Angeles.  The study of Yellowstone’s microorganisms increase, although the Park does not always benefit from the commercial successes which result.  In addition, Yellowstone increasingly comes under attack from ultra-conservative politicians who want to exploit Yellowstone’s natural resources for economic gain.  As a part of the effort to “subdue” Yellowstone, they are successful in blocking new funding for Yellowstone, leading to budget cuts and a plethora of backlogged projects which cannot be completed.

1995 — Despite much opposition from area ranchers, wolves are reintroduced into the Yellowstone ecosystem.  The American public welcomes the wolves, which quickly become the most sought after animal for most Park visitors.  Also, Yellowstone is listed as a “World Heritage Site in Danger.”

1996 — The proposed development of a gold mine just outside the Park’s northeast boundaries threatens the Yellowstone ecosystem.  President Clinton visits Yellowstone and announces a plan to keep the gold mine from being developed.  Norris Campground closes because of a lack of available funds.

1997 — During the winter months, some 1100 bison are killed by the Montana Department of Livestock because some of them carry a disease called brucellosis which ranchers fear can be transmitted to domestic cattle in the area.  On a more positive note, Yellowstone celebrates its 125th anniversary all year long, with the main event being at Old Faithful in August.

2000 — Steamboat Geyser erupts for the first time in a number of years, much to the delight of geyser gazers.  Fires once again threaten Yellowstone National Park and garner national attention.  However, the fires do much less damage than in 1988, and remain in the backcountry.  In addition, Yellowstone officials announce intentions to ban or restrict snowmobiles from the Park as the Winter Use controversy rages unabated.

2003 — The snowmobile controversy continues as the number of machines allowed in the Park is capped, emission restrictions enforced, and the services of licensed guides mandated.

2004 — The Old Faithful Inn celebrates its 100th Anniversary as the Park Service prepares to make renovations on the historic structure.  The Bush Administration reverses the Clinton-era ban on snowmobiles, but the number of machines is reduced, and cleaner-running machines in guide-led groups are required.

2005 — Ten years after the reintroduction of wolves into Yellowstone, the project is hailed as a resounding success by biologists and the public.  Meanwhile, the federal government, convinced that the grizzly population of the Rocky Mountain West is stable, begins efforts to delist the animal.  Also, as the Bush administration continues a campaign to weaken the nation’s environmental laws and protections, environmentalists grow more and more concerned over Yellowstone’s future.

2006-present — Yellowstone visitation continues to grow, even as controversies over winter use and bison management are ongoing. Many of the park roads are either resurfaced or rebuilt.