An introduction to Yellowstone Photography

From the very beginning Yellowstone has inspired photographers to record and document its natural wonders. Today Yellowstone is probably the most photographed National Park in the country.

HISTORY
Fur trappers’ fantastic tales of cauldrons of bubbling mud and roaring geysers sending steaming plumes skyward made their way back east. In 1871, Ferdinand Hayden led an expedition that included artist Thomas Moran and photographer William H. Jackson. They brought back images that helped convince Congress that the area known as Yellowstone needed to be protected and preserved. Perhaps as much as any other artist’s work, including Thomas Moran’s watercolors and William Henry Jackson’s photos, Frank J. Haynes’ prolific and inspiring

Yellowstone photography played a critical role in documenting Yellowstone National Park and disseminating imagery of its natural wonders to the world. Haynes opened his first photo studio at Mammoth in 1884 and became known as Yellowstone’s official photographer for many years. To commemorate his contributions to Yellowstone, an 8235 foot peak in the Madison River Canyon bears his name – Mount Haynes.

Expand all | Collapse all 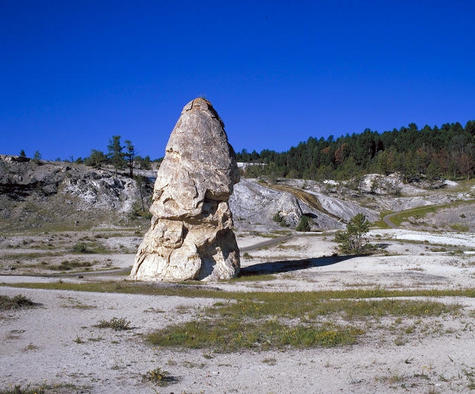