Norris sits on the intersection of three major faults. The Norris-Mammoth Corridor is a 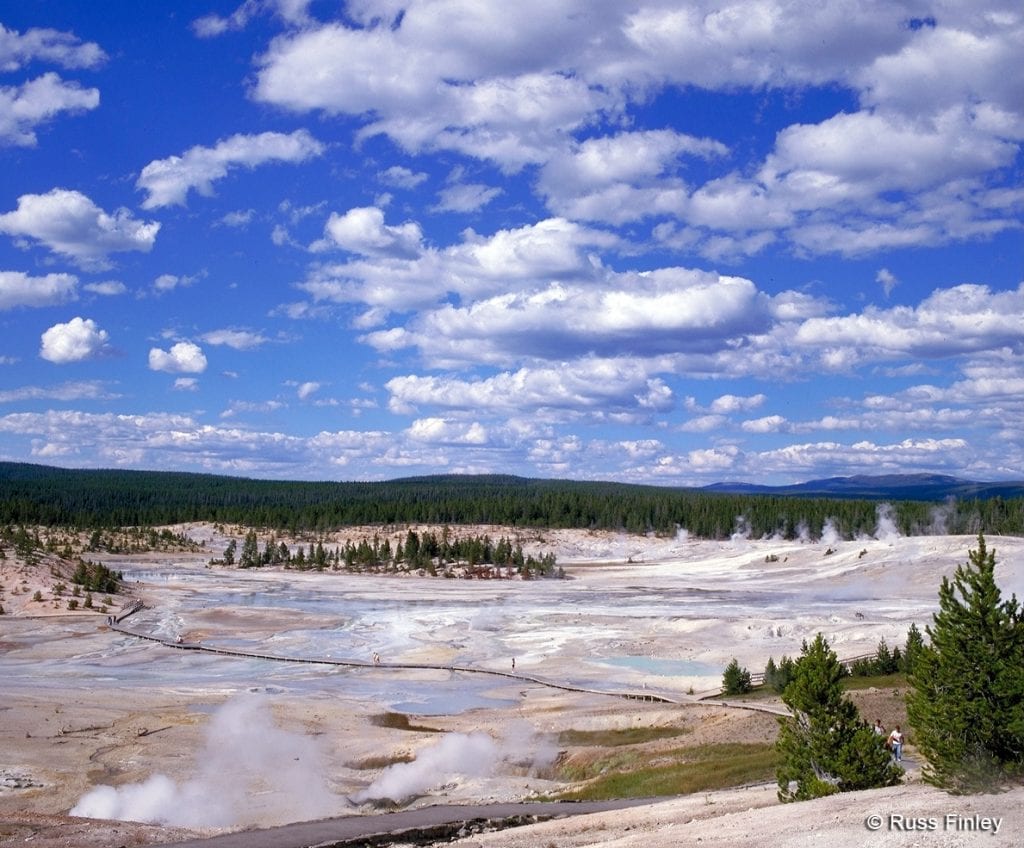 fault that runs from Norris north through Mammoth to the Gardiner, Montana, area. The Hebgen Lake fault runs from northwest of West Yellowstone, Montana, to Norris. This fault experienced an earthquake in 1959 that measured 7.4 on the Richter scale (sources vary on exact magnitude between 7.1 and 7.8). These two faults intersect with a ring fracture that resulted from the Yellowstone Caldera of 600,000 years ago. These faults are the primary reason that Norris Geyser Basin is so hot and dynamic. The Ragged Hills that lie between Back Basin and One Hundred Springs Plain are thermally altered glacial moraines. As glaciers receded, the underlying thermal features began to express themselves once again, melting remnants of the ice and causing masses of debris to be dumped. These debris piles were then altered by steam and hot water flowing through them.

Madison lies within the eroded stream channels cut through lava flows formed after the caldera eruption. The Gibbon Falls lies on the caldera boundary as does Virginia Cascades.